When you start playing Clash off Clans, you begin with 500 gems. By the end of the tutorial, you end up losing nearly 50 gems by completing structures instantly as instructed by the tutorial. If you instead save your gems, you will be able to add extra builders at a quicker rate.

Here are the costs for each builder:

While builders 4 and 5 are a long ways off, builder 3 is achievable relatively quickly if you save your gems. Extra builders allow you to construct more buildings at once and as a result are very helpful. With the new Clan War achievements and a trophy push, you can unlock the 4th builder within a few months of playing even without purchasing anything. The 5th builder will require a major Trophy push (to Champion’s League) or more time to unlock some of the other achievements.

One of the biggest mistakes new players make is not considering the cost of the units they use to battle. While Giants are great, they also cost a lot more to use than Barbarians. At higher levels, Dragons are great, but they cost a lot more to use than Giants. There is also the time factor to consider. While Wizards are stronger than Archers, they not only cost more to make, but each Wizard requires 8 minutes. Meanwhile, you could create 4 Archers in less than two minutes (Wizards are a 4-supply unit).

As a result, when your primary goal is to save up resources, you need to make an effort to use cheap units that are quick to produce. The best units to make depends on your Town Hall level; see my Clash of Clans Town Hall Farming Guide by Level for more details.

Tip #3. Only Use Spells When Necessary

Just like units, spells are very expensive and take awhile to produce. While they can be very effective, you need to make sure that the battle you are fighting warrants the use of such a spell. You should know that the Rage Spell starts at 23,000 elixir and the Healing spell starts at 15,000 elixir; each time you use these spells, you need to be sure that using the spell will allow you to earn at least an additional 15k or 23k resources (spell depending).

The Town Hall “loot penalty” is one of the most important things to know about in Clash of Clans, yet it is not a publicly advertised feature in the game. It is not even mentioned during the tutorial or anywhere in the game, yet it is extremely important to how the game plays out.

As a result, we recommend getting up to Town Hall level 4 and then sitting in this range while you max out your defensive structures, your army camps, and your research. You can even max out your walls for extra credit before moving on to Town Hall 5. Repeat this process for every level.

When you first start playing Clash of Clans, you get a three-day shield. However, thanks to the previously-mentioned Loot Penalty, very few players will want to attack you even if you drop your shield. As a result, you can start matchmaking right away when you need resources with no fear of reprisal. You can skip around and look for a base with exposed resource collectors and use a handful of Barbarians, Goblins, or Archers to attack them.

Even if you do get attacked, low-level Town Hall players have very little to lose. You will only lose a tiny bit of resources that can be more than made up for with a single attack.

Tip #6. Use the “Next” Feature Frequently

When farming either resources or trophies, you should always be skipping around with the “next” button in order to find the perfect base to attack. It only costs a tiny bit of gold to jump to the next base, so make sure you have a good base before you spend all your units attacking one. Also, be careful never to spend every last bit of gold you have on an upgrade – you need to save some gold in order to be able to use the “next” ability to continue farming!

Tip #7. Put the Clan Castle in the Center of Your Base

The Clan Castle is perhaps the best defensive structures in Clash of Clans, but only if you place it in the center of your base. The way the structure works is that when enemy units enter the Clan Castle’s range (it has a very long range), the units will pour out of the Clan Castle and attack the enemy’s attacking units. Note that your Clan Castle troops are capable of hopping over your own walls.

Generally, it is best to ask for Archers to keep in your Town Hall for defensive purposes. This works very well because Archers will often shoot at melee units from behind your walls, allowing them to shoot down Giants and Barbarians without taking damage. Very high level players may choose different units, such as Dragons or Golems, but this requires a clan where members will donate these troops.

Once you reach Town Hall 7 and beyond, your limiting resource will always be Dark Elixir. Through normal play, you typically will max out all gold and elixir-based upgrades long before you acquire enough Dark Elixir to max out your heroes and Dark Barracks troop upgrades. As a result, you need to place a priority on Dark Elixir above all other resources, saving your spells and hero units for when you stand to gain a large chunk of Dark Elixir.

A complete clash of clans guide on how to: 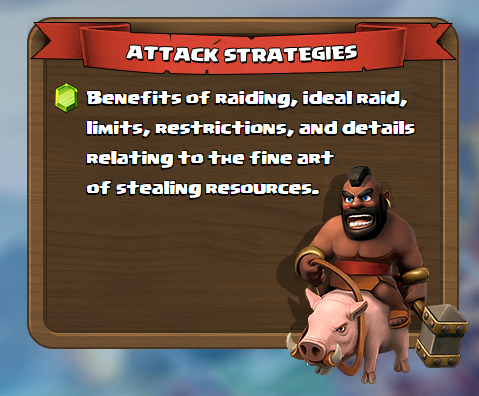 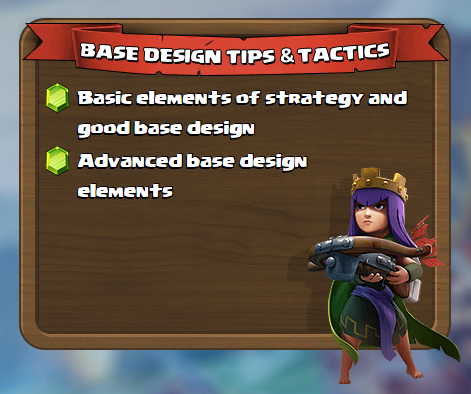 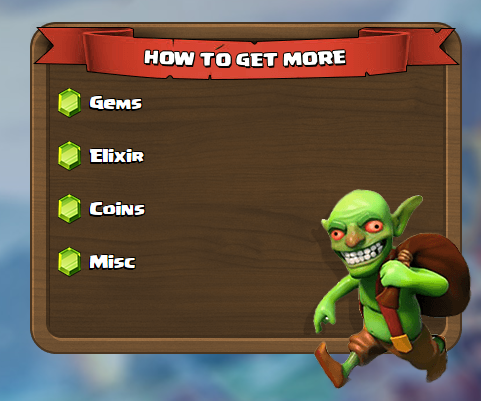 Support the guide developers by sharing it.

I bet you liked the guide and gonna use it soon and lead your clan to victory!